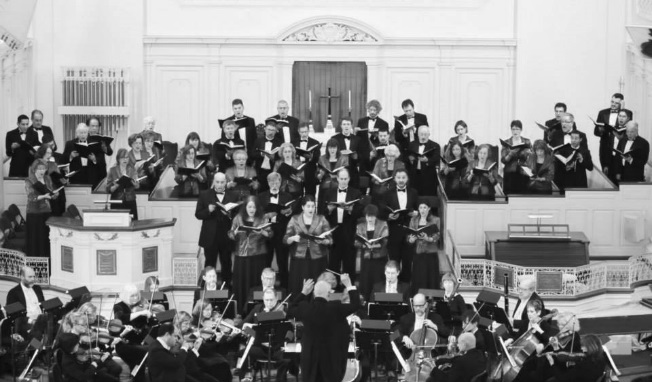 ​Since its founding in 1974 by Artistic Director Emeritus Richard Coffey, CONCORA has held a unique place in the arts community and has built an extraordinary reputation for artistic excellence throughout New England. CONCORA was the recipient of the 2003 Governor’s Arts Award, in recognition of remarkable artistic achievement and contributions to the arts in Connecticut.

CONCORA has appeared often with the Hartford Symphony Orchestra and Orchestra New England, with whom the ensemble recorded The Six Motets of J.S. Bach. CONCORA served as the resident chorus of the esteemed Bard Festival with the American Symphony Orchestra, Leon Botstein, Director. The chorus has performed in concert with Chanticleer, the Gregg Smith Singers, John Rutter’s Cambridge Singers, and Bobby McFerrin.

CONCORA made its New York debut at Trinity Church, Wall Street in 1998 with A 75th Birthday Tribute to Ned Rorem, who called CONCORA “the finest chorus in America.” CONCORA’s recording of Rorem’s choral works received national acclaim in The Choral Journal. CONCORA has performed widely in New England, including national and regional conventions of the American Guild of Organists. In addition, there have been frequent appearances at the Wadsworth Atheneum and the New Britain Museum of American Art, First Night Hartford, Hartford’s Winterfest, and Aetna First Thursdays sponsored by the Greater Hartford Arts Council.